An Expanding Curriculum for a New Millennium

In the decade and a half since September 11, Bethel’s curriculum significantly expanded its coverage of the Middle East, Arab peoples, and the religion of Islam. While that expansion occurred entirely in the post-War on Terror world, it is difficult to attribute the expansion entirely to the War on Terror; the proliferation of Islamic-themed courses at Bethel was more symptomatic of a long march toward the de-westernization of the liberal arts curriculum underway since at least the 1960s. 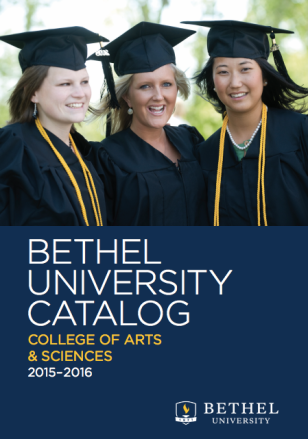 In the year before the 9/11 attacks, Bethel’s curricular offerings for students interested in Muslims, the Middle East, and Islam were nearly non-existent. In fact, the only offering in these areas the 1999-2000 academic catalog listed was the Middle East Studies Program (MESP), a Council for Christian Colleges and Universities-sponsored study abroad semester based in Jordan. Over the next fifteen years, students gained the opportunity to enroll in an ever-expanding list of course offerings. By the 2015-16 academic year, Bethel students could take Islamic-themed courses through the departments of History, Political Science, Religion, English, Philosophy, and the general studies curriculum. The History Department’s offers the greatest number of options, including Muslim Women in America, History of Islam, and Modern Middle East (the latter two courses are cross-listed in the Political Science department as well, and the former cross-listed in the Department of Religion). In addition, by 2015, the catalog description for Minorities in America, a course taught since the mid 1990s by Ruben Rivera, had been revised to included Muslims among the other minority groups covered in the course. The Department of Political Science now offers African Politics, a course that includes significant coverage of Islamic aspects of Eastern Africa, even as it explicitly restricts its field of inquiry to sub saharan Africa. Also offered on occasion is the senior-level Islam and Democracy. The Philosophy department offers Medieval Islamic Philosophy, the English department Literatures of Faith: Christianity and Islam, and the general studies curriculum contains a senior capstone course called Contemporary Perspectives on the Middle East.

Beyond courses specifically focusing on Islam and Muslims, a number of departments have developed courses either focusing on or tangentially covering aspects of terrorism. A Political Science course, The Politics of Terrorism and Counterterrorism, is most directly conversant with War on Terror themes, but other courses touch on similar issues. A general studies course called Genocide, Terror, and Christian Response, taught by Psychology professor Andy Johnson, traverses both the holocaust and other genocides, and modern non-state terrorist acts and seeks to examine how Christians have responded to these phenomenon. A Psychology course, Introduction to Forensic Psychology includes a new section on the psychology of terrorism, and Introduction to International Relations, another Political Science course, also includes a unit on terrorism.¹

In large part, those new courses were the brainchildren of a spate of new hires, principally History’s Amy Poppinga, Philosophy’s Carrie Peffley, and Political Science’s Chris Moore and Andy Bramson. Poppinga and Peffley both have training in Islamic studies, although their temporal fields differ substantially. While Peffley focuses on medieval philosophy — a field where the European tradition is intricately entwined with Arab philosophy — Poppinga studies the 20th and 21st century Muslim experience in American society. Moore’s background is in terrorism studies, and Bramson’s field of comparative politics led him to do fieldwork in Islamic North Africa. 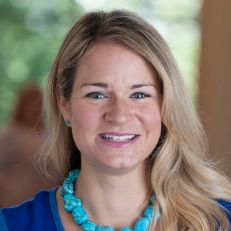 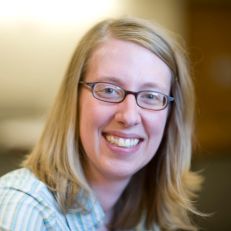 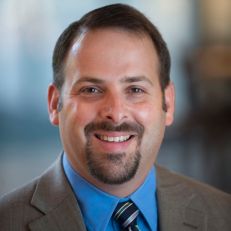 When asked whether this proliferation of offerings was traceable to the War on Terror however, Poppinga was hesitant to answer in the affirmative. At best, the influence was indirect. More important to departmental curricular planning committees were a set of interlocking concerns, some of which had histories extending far beyond 2001. When Poppinga began teaching at Bethel in 2006, she remembers that student surveys consistently indicated the Middle East as an area of interest. That phenomenon had come in at least two waves, first in the early 1990s as veterans of the Gulf War returned to school with newfound curiosity about the region, and second in the mid 2000s when students who had experienced 9/11 in high school arrived at college.²

In addition to student interest, Bethel’s faculty expansion into the Middle East was likely due to market forces. Poppinga suggested that for many American academics, the September 11 attacks were a watershed event that forced a reinvigoration of the field. Although a number of American scholars were working in the field of Islamic studies before the attacks (Poppinga herself began a Master’s degree program in August 2001), their work was conducted in relative obscurity. The attacks thrust Islamic scholars into the spotlight. As Charles Kurzman and Carl Ernst suggest,

The attacks against American targets in September 2001 galvanized scholars engaged with the study of Islam to respond to a nearly overwhelming demand for information from a public that felt it had little grasp on the subject.³

Indeed, the demand for professors of Islamic Studies in the field of religious studies (one of the three major disciplinary homes of Islamic Studies scholars, the other two being history and Near Eastern Languages and Civilizations) has grown considerably in the wake of 9/11. While the number of advertised academic jobs in Islamic studies averaged five per year in the decade before 2001, that number jumped to “twenty-two jobs per year in 2002-2005 and twenty-seven jobs per year in 2006-2010.”⁴

But that fairly significant bump in job postings belies the actual chronology of western scholars’ growing interest in the Islamic world. In a retrospective survey of scholarly interest in Islamic subjects, Charles Kurzman and Carl Ernst of the University of North Carolina-Chapel Hill compiled the number of dissertations published in a range of disciplines between 1960 and 2010 that mentioned the terms Islam or Muslim in their titles or abstracts. The resulting rolling five year averages describe three rough phases in western Islamic scholarship. Between 1960 and 1977, publishing activity was at a low, hovering somewhere around .5 percent of all articles. That number spiked significantly in the late 1970s, climbing to 2.5 percent where it would stay until the early 2000s. Around 2002, the number began climbing again, reaching nearly five percent of all published articles.⁵

The spike in interest in the late 1970s corresponds with the Iranian Revolution, and event which contradicted earlier secularization theories that assumed that Islam would fade in importance as the Middle East “entered history.”⁷ But while the late 1970s saw the largest spike in publishing activity, it was the period between the mid 1980s and 2008 which saw the most rapid growth in Islam as a research interest. Between 1984 and 2008, the number of Middle East Studies Association of North America members listing “Islam” as a research interest increased by sixty-three percent.⁸

Far from a direct and exclusive symptom of the War on Terror, Bethel’s curriculum expansion was a reflection of longer-term structural trends in American academic and Islamic studies. Indeed, the expansion of Islamic, Arab, Middle Eastern, and Muslim-related courses is arguably inseparable from the larger trend away from an Euro-American rendering of world history. That turn toward the third world was a consequence of post-colonialism in the wake of World War II, and of the rise of post-colonial, ethnic, and third world studies in the 1960s. So as Bethel — and other schools — expanded Islam-related courses, their efforts were at least partially subsumable into the movement toward non-western studies. Indeed, even as Bethel expanded Islam-related courses, it also expanded a previously-existing Asian-studies minor and significantly augmented courses on Indian, Chinese, and Korean history and culture.

It is difficult not to draw unflattering comparisons between students of the 1960s, who, seeing a lack of courses aimed at understanding contemporary issues, waged a campaign to expand the curriculum and even suggested that professors teach extra-curricular courses under the ‘free university’ model — a suggestion that eventually was manifested under the teach-in rubric — and students in the mid 2000s whose only contribution to the direction of their curriculum was to offer responses to departmentally-solicited surveys. Still, the new course offerings have proven popular with students, and the school’s hiring decisions over the past decade have structured several of Bethel’s departments in such a way as to continue developing and refining courses on Muslims, the religion of Islam, and the Middle East for years to come.