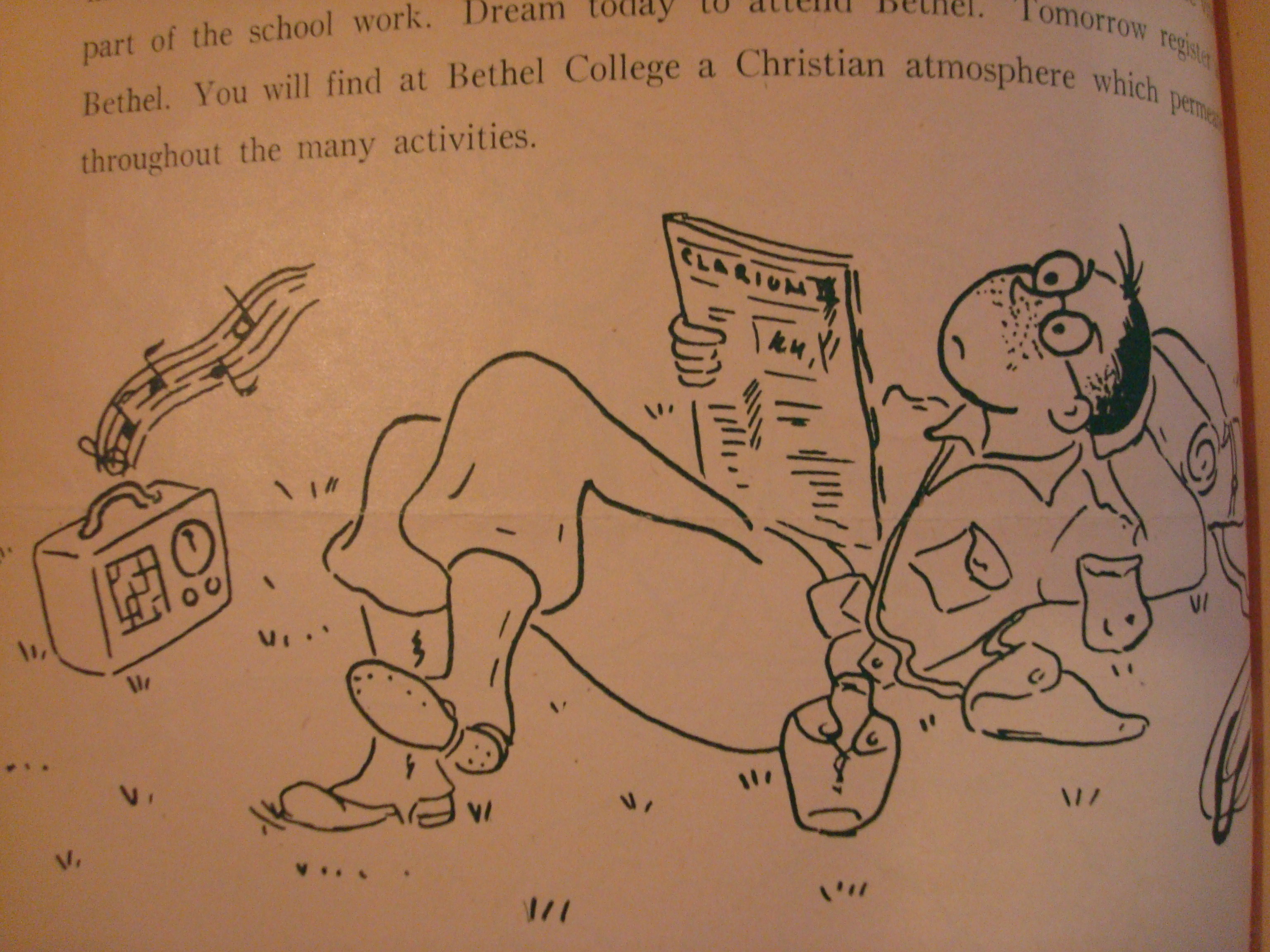 Following Up: A Veterans Day Story on the G.I. Bill

Today’s Veterans Day edition of the Minneapolis StarTribune features a story on the 70th anniversary of the G.I. Bill, including some comments from me on that legislation’s impact on Bethel College and Seminary in the years after World War II. Reporter Kevyn Burger contacted me after coming across this blog — specifically, my late June post on […]

Tweeting a Visit to the Archives

August 6, 2014 · by Chris Gehrz · in Background and Methodology, Tidbits from the Archives, World War II · Leave a comment

As our #bethelatwar work continues, I'm up in the archives of @BethelU and @convergeww. http://t.co/fBvIpykQQo — Chris Gehrz (@cgehrz) August 5, 2014 As the summer continues, I’ve become increasingly interested in integrating social media into our digital history project, as a way of breaking down some of the barriers traditionally separating scholar and audience. Not just to share […]

Seventy years ago this past Sunday, Pres. Franklin D. Roosevelt signed into law the Servicemen’s Adjustment Act of 1944. While World War II still had over ten months to go in Europe, and over a year in the Pacific, the so-called “G.I. Bill” made possible dramatic changes in postwar America. Pres. Barack Obama summarized them […]

While this project is a collaboration with Fletcher — indeed, it’s probably the most collaborative research project I’ve ever attempted — we’ll each take primary responsibility for two of the four wars in Bethel’s past century of warfare. Fletcher will handle the more recent history, focusing on the Vietnam War and the War on Terror. Which leaves me with […]